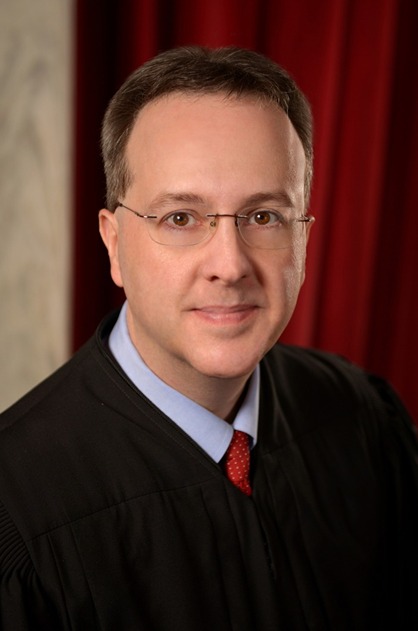 Justice Allen H. Loughry II was elected to a twelve-year term on the Supreme Court of Appeals of West Virginia in 2012. He was born in Elkins, West Virginia, in 1970 and raised in Tucker County, West Virginia. He obtained four law degrees: an S.J.D. (Doctor of Juridical Science) from The American University, Washington College of Law; an LL.M. (Master of Laws in Criminology and Criminal Justice) from the University of London; an LL.M. (Master of Laws in Law and Government) from The American University, Washington College of Law; and a JD (Juris Doctor) degree from Capital University School of Law, where he graduated with the honor of Order of the Curia. He studied law in England at the University of Oxford and received the program’s top political science award. He has a Bachelor of Science degree in Journalism from West Virginia University. While there, he served on the West Virginia University Judicial Board.